METUCHEN, N.J., Feb. 16, 2021 /PRNewswire/ -- In what is being described as a 'miracle' by search and rescue authorities, a fifty-year-old father was recovered and is expected to make a full recovery after being buried under 2.5 meters of snow and ice for nearly three hours. On January 28th, 2021, an avalanche struck the Val d'Isère region in the French Alps where the man, his wife and two children decided to take a cross country snow-show walk. His wife and two children were unscathed by the avalanche but the search for the man attracted 130 volunteers.

After his emergency victim transponder failed to be picked up by search and rescue teams and rescue dogs failed to pick up on his scent, the PGHM gendarmerie decided to use their Wolfhound-Pro which can detect mobile phone signals.

"Usually, we use it [Wolfhound-Pro] to find people who are lost in the forest. This was one of the first times we have used it for an avalanche," said Alexander Grether, captain in the PGHM police.

The team began patrolling the area using the Wolfhound-Pro after all nearby volunteers turned off their mobile phones so as not to introduce false positives. They immediately detected a cellular signal and began digging near the strongest signal source.

"Not everyone carries an emergency transponder on them but everyone carries a cell phone so our receivers can really make a difference in those critical moments immediately after a disaster strikes," said Scott Schober, CEO of Berkeley Varitronics Systems, the company behind Wolfhound-Pro.

Schober continues, "We've sold tens of thousands of wireless receivers but they are more preventative safety and security tools for many industries and government departments. The exciting thing about our Wolfhound-Pro cellular search and rescue kit is that we are actually helping SAR teams and volunteers who actively save lives and that's a great feeling,"

The Wolfhound-Pro product has been used by law enforcement and correctional facilities around the world for over a decade in secure areas where wireless activity is prohibited. It works by utilizing a wideband, direction finding antenna system coupled with a high-speed scanning receiver system capable of detecting and locating the strongest nearby cellular signal. The receiver ignores wireless energy originating from walkie-talkies, Wi-Fi, Bluetooth and many other common sources of RF. 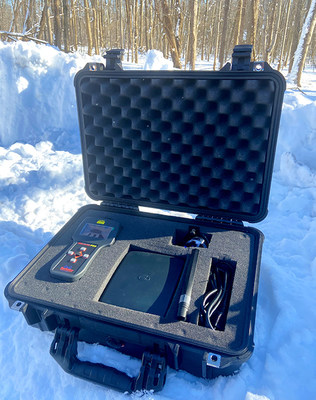 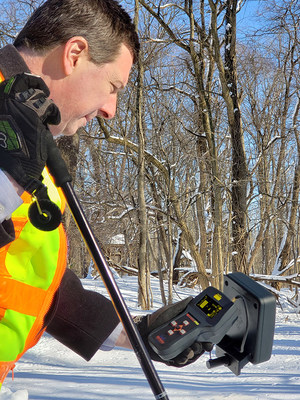